Flex Logix® Technologies, Inc., the leading supplier of embedded FPGA (eFPGA) IP, architecture and software, announced today that it has reached a significant milestone of signing licenses to develop more than 32 ASICs/SoCs integrating EFLX, with nearly half already working in silicon. While many of these design wins are confidential, the customers that have publicly announced include Air Force Research Laboratory, Boeing, DARPA, Datang Telecom/MorningCore Technology, Renesas/Dialog, Sandia National Labs, SiFive, Socionext, and the U.S. Department of Defense.

“Flex Logix’s eFPGA IP has moved far beyond a novel IP that had only seen silicon in validation and test chips 5 years ago,” said Geoff Tate, CEO of Flex Logix. “We’ve seen a 71% CAGR on the number of licenses over the last 5 years through December 2021, with the majority of these licenses being used for production chips.  Given our strong pipeline and customer interest, we expect this momentum to not only to continue, but to also accelerate.”

Using Flex Logix’s EFLX, chip developers can implement eFPGA from a few thousand LUTs to hundreds of thousands of LUTs with performance and density per square millimeter similar to leading FPGA companies in the same process generation. EFLX eFPGA is modular so arrays can be spread throughout the chip, can have all-logic or be heavy-DSP, and can integrate RAM in an array of many types. EFLX eFPGA is available today in popular 7, 12, 16, 22, 28 and 40 nm process nodes with more advanced nodes planned for future release.

Product briefs for EFLX eFPGA are available now at https://www.flex-logix.com/resources/ 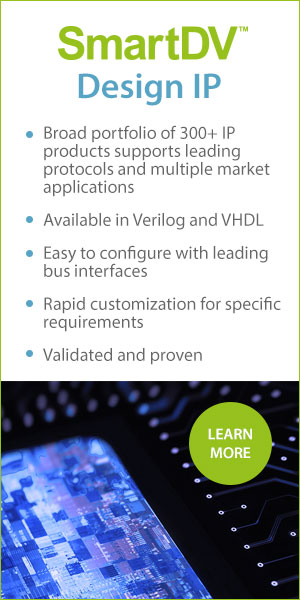