Flex Logix® Technologies, Inc., the leading supplier of embedded FPGA (eFPGA) IP, architecture and software, announced today that it has expanded its license agreement with the U.S. Defense Advanced Research Projects Agency (DARPA) to allow its research teams to now take advantage of additional Flex Logix EFLX® eFPGA technology. This new agreement allows DARPA researchers to maintain all the benefits of hard-wired circuitry, while also adding the capability to change the circuit after tape-out if they need to modify, update or fix a functional bug in their algorithm or accelerator.

“Since partnering with DARPA in 2017, Flex Logix has provided its eFPGA to many U.S. Government funded programs which need the flexibility and reprogrammability of eFPGA in chips at more advanced nodes,” said Geoff Tate, CEO and Co-founder of Flex Logix. “Because researchers often only get funding to tape-out a chip once, it makes strategic sense to also include EFLX and the EFLX Compiler to the Toolbox Initiative in support of DARPA’s research programs.”

DARPA Toolbox is an initiative to provide low-cost access to commercially available tools and IP for DARPA sponsored research. For researchers, it provides a broader library of available technologies that may not have been considered for enhancing existing projects or in contemplating new research project proposals.

Using Flex Logix’s EFLX, chip developers can implement eFPGA from a few thousand LUTs to hundreds of thousands of LUTs with performance and density per square millimeter similar to leading FPGA companies in the same process generation. EFLX eFPGA is modular so arrays can be spread throughput the chip; can have all-logic or be heavy-DSP; and can integrate RAM in the array of many types.

Product briefs for EFLX eFPGA in 12 and 16 nm are available now at www.flex-logix.com/efpga. 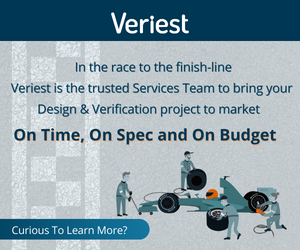