With the V2X systems installed across its bus fleet and infrastructure, Seoul City can now offer its citizens an advanced public transport system able to intelligently alert drivers of pedestrian collision, school, and silver zones, as well as road and weather conditions warnings, among other alerts.

The V2X system, which is based on Autotalks’ chipset, was deployed in nearly 2,000 buses operating in Sangam Digital Media City (DMC) and along Seoul City’s expressways. The project was spearheaded and jointly funded by Seoul City and the South Korean Ministry of Land, Infrastructure, and Transport (MOLIT).

With thousands of systems deployed, the project in Seoul is one of the most extensive of any modern city, showing Korea’s commitment to take mobility in public transportation to the next level.

“Autotalks applauds Seoul City and MOLIT for advancing their vision of a smart and safe city,” said Ram Shallom, VP Business Development and Marketing in APAC at Autotalks. “By taking a bold move towards developing a modern city and placing their confidence in an innovative V2X OBU system, the city is setting the standard for others to follow. This move by Seoul City will be seen as a game-changer for those cities and regions still grappling with technology decisions, allowing their indecision to hamper the future of mobility.”

The deployment in Seoul City is part of the growing momentum of Autotalks in the Asia Pacific region. In November, Foxconn Interconnect Technology (FIT), a subsidiary of Foxconn (Hon Hai Technology Group), the world’s largest electronics manufacturer, and Autotalks, announced that FIT invested $10 million in Autotalks, following a strategic collaboration agreement between the two companies

NeuReality, an Israeli AI systems and semiconductor company, announced that Samsung Ventures has made an investment in the company. NeuReality makes…

Autotalks, a V2X (Vehicle-to-Everything) communication solutions pioneer and leader, announces the immediate availability of ZooZ 2, the second generation of… 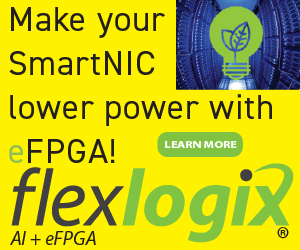