Autotalks, a world leader in V2X (Vehicle-to-Everything) communication solutions, announced that it is collaborating with AFUSOFT to implement the first fully functional V2X deployment in Germany, which is aimed at saving lives in the federal highway, the Autobahn, and in other motorways. The V2X powered intelligent traffic control systems will allow smoother and safer journeys on the roads.

The deployment is aimed at saving lives on Germany’s federal highway and motorways. The V2X (Vehicle-to-Everything) powered intelligent traffic control systems will allow smoother and safer journeys on the roads

As part of the long-term collaboration, the Autobahn will install AFUSOFT’s Cooperative Intelligent Transport System (C-ITS) Roadside Units (RSUs) equipped with Autotalks’ V2X chipsets. 2000 roadside units of various types are currently deployed in towns and motorways. At least 150 will be installed on the Autobahn in the upcoming months for the first batch, with plans for thousands more to be deployed in the near future.

Until now, during road works or winter road service, traffic has been diverted with an arrow on a service vehicle. Thanks to the V2X-powered C-ITS technology, drivers will get alerts on the works in real time, a kilometer in advance, to ensure the safety of the car occupants and the road service teams. The technology can help prevent accidents, especially in bad weather and on a fast-moving road.

Additionally, the Autotalks-AFUSOFT collaboration will enable to provide fire brigade related alerts. An emergency vehicle can request a priority signal from AFUSOFT’s Roadside Unit when approaching the intersection. That allows the fire brigade vehicle to drive through the intersection at a green light without stopping, resulting in increased safety, punctuality, and lower carbon emissions.

“After years of fruitful collaboration, it is wonderful to reach such an important and historic milestone together with AFUSOFT. Being chosen to power the first V2X devices on German highways is a substantial step towards widespread deployment.” said Hagai Zyss, CEO of Autotalks. “In addition to our momentum in China and Korea, we expect to keep playing a key role in deploying lifesaving V2X solutions in Germany and in other European countries.”

“AFUSOFT is exceedingly happy to have established a successful long-term relationship with Autotalks,” said Prof. Erich H. Franke, CEO of AFUSOFT. “Our European customers value the high quality and reliability of our products, in which Autotalks chipsets play an important role.” 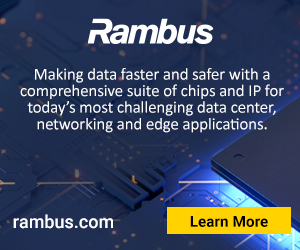