FPGA has become strategic technology. It used to be a “poor man’s ASIC” and provided a customized IC for lower-volume applications. While it is still used this way in many systems, it
has also become strategically important to two very big, high-growth applications:
– Cloud data centers: networking, storage and security
– Communications systems: base stations and 5G, etc.

In fact, FPGA is so strategic for the data center that it caused Intel to buy Altera and more recently AMD to buy Xilinx. This is because processor workloads in many cases are shifting to FPGA.

Data centers use FPGAs in volume to provide the parallel programmability a processor cannot achieve (one customer calls it “programmability at the speed of hardware”). These FPGAs are
paired with dedicated function ICs such as NICs (network interface chips) and network switch chips. Each data center has different workloads and needs so a standard product for all doesn’t work, and each data center has the volumes and capital to optimize for their needs.

Communications systems have long used FPGA to handle hundreds of national frequency bands and protocols. Now with 5G, FPGA is used to manage the complexity and evolving standards such as O-RAN.

While FPGA programmability is very valuable as described above, the power and size of FPGAs is another story. As a result, today data center and communication companies want to integrate their FPGA into SoCs to reduce size and power.

Integration of FPGA has already begun

Companies such as Achronix, Flex Logix and Menta have provided embedded FPGA (eFPGA) capabilities for almost a decade. eFPGA is now available on process nodes from 180nm to 7nm, and in capacity from 1K LUTs to >>100K LUTs with 1M LUTs coming. DSP and Block-RAM options are also available. Below is a brief history of some of the adoption that has taken place throughout the industry.

In addition to the above, there are many more customers using eFPGA that are not yet public. The pace of customer adoption of eFPGA is accelerating as awareness of the technology grows and leaders use eFPGA to gain a significant advantage in their market segments.

Integrating FPGA can allow for greater software control of FPGA

FPGAs have significant advantages, but they are not easy to program and there is a much smaller pool of qualified FPGA programmers than processor programmers.

Why is FPGA so hard to program?

Here is the basic concept of one approach to do this:

Segment an FPGA into modules or containers of smaller size and provide each of them with direct access to DRAM memory and the processor.

eFPGA is built up modularly already using tiles that can be “snapped” together with Block RAM (BRAM) between the rows as needed.

It is easy to add a system interconnect/NOC/AXI bus and provide every FPGA module/container access to memory/processor.

Use the scarce Verilog coders to write the compute intensive “subroutines,” and have the C++ coders write code on the processor that calls the subroutines when needed. 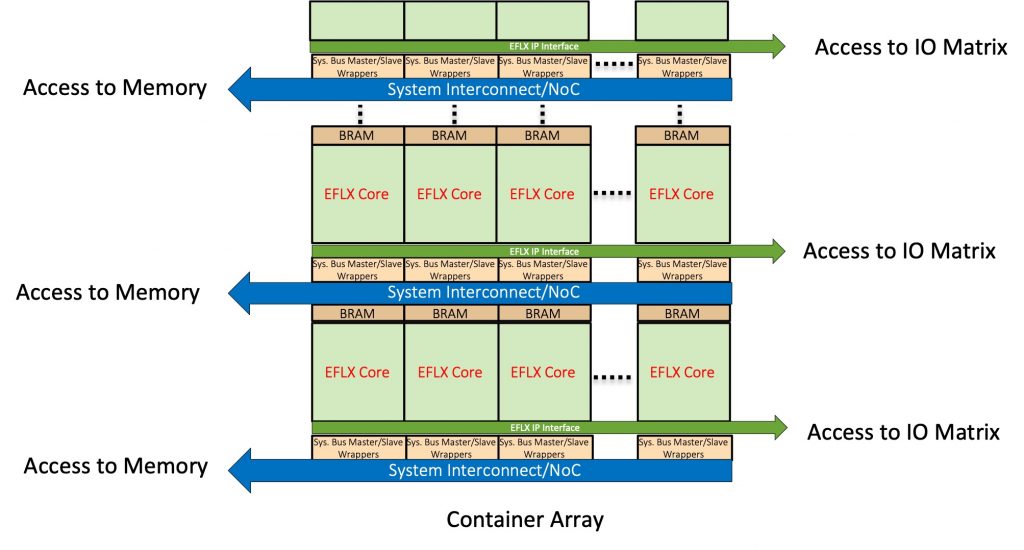 2nd. Allow containers/modules to be variable in size

Segment an FPGA into modules or containers of smaller size and provide each of them with direct access to DRAM memory and the processor.

Some algorithms are simpler and use fewer LUTs. Some use more LUTs.

As an example, using Flex Logix’s flexible interconnect fabric, it is possible to enable containers to be of any rectangular size up to the full size of the array. 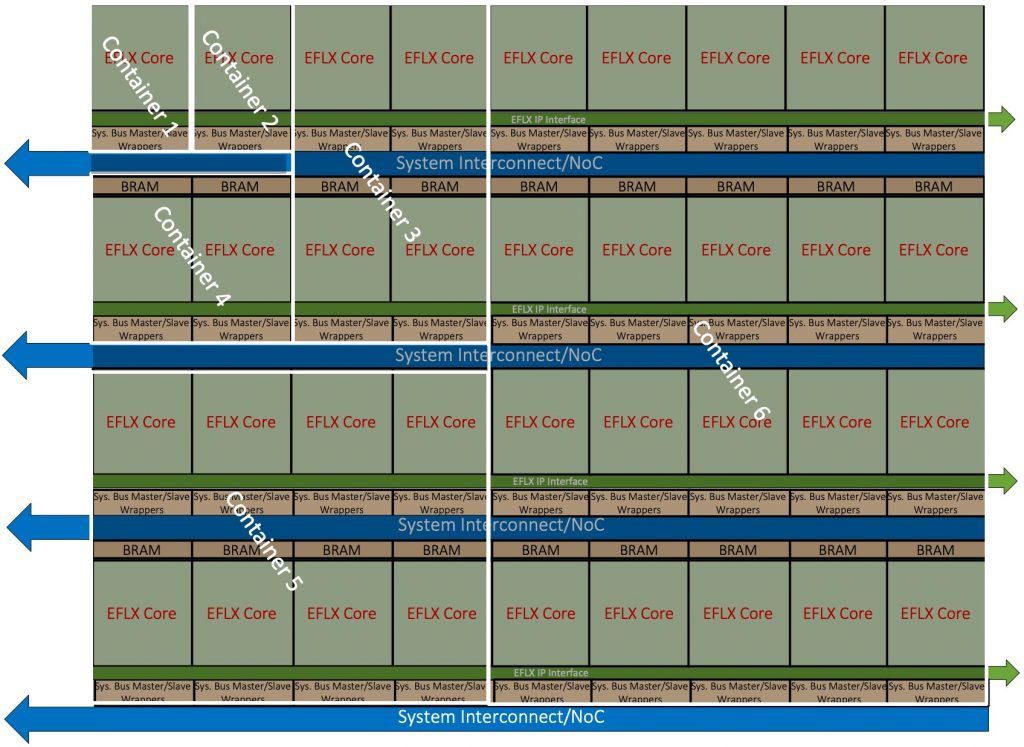 3rd. Containers are pageable in microseconds (millionths of a second)

FPGAs have always been programmable in seconds from Flash memory – very slow and generally done infrequently: at boot time or when an upgrade is required; like updating your iPhone.

However, eFPGA is already being reprogrammed in millionths of a second in a leading AI inference processor. This is required because the inference accelerator processes a neural network layer doing billions of computations then reconfigures for the next in <10 microseconds and restarts compute.

This microsecond reconfiguration can be applied to containers/modules in the array above. While a container is being reconfigured, the rest of the containers continue to run at full speed.

Take control of your FPGA power, size and ease of programming

We’ve watched the industry transition from simple ALUs to processors to microprocessors to parallel processors to SOCs (that include cores and accelerators). And today, we have reconfigurable
SOCs that better take advantage of the large number of cores in a system.

eFPGA will enable data center and communications customers to continue to benefit from the parallel programmability of FPGA while lowering power, shrinking size and taking software control of FPGA to improve productivity and time to market. For all of these reasons, eFPGA enables a new paradigm shift in computing architecture both improving the compute density per rack through integration and allowing the benefits of eFPGA to be enjoyed by the much larger contingent of C++ programmers. For these reasons, eFPGA integration will accelerate and more LUTs will be integrated in SoCs than sold in FPGAs later this decade.

Geoff Tate is Founder and CEO of Flex Logix. You can learn more about eFPGAs at Flex-Logix.com

The Four Characteristics of an Optimal Inference Engine

Advice on how to compare inferencing alternatives and the characteristics of an optimal inferencing engine.

When a vendor says our ABC-inferencing-engine does X TOPS, you would assume that in one second it will perform X Trillion Operations. Let’s show you how a 130 TOPS engine actually delivers 27 TOPS of useable throughput. 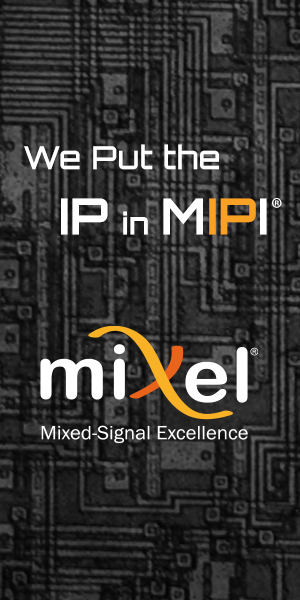